Mr. Flores previously spent eleven years at Xilinx Inc., where he served as Chief Financial Officer since May of 2016, and Executive Vice President since February of 2018. In addition to his finance roles, Mr. Flores had responsibility for the company's Information Technology function. During his tenure as Chief Financial Officer, Xilinx established all-time highs for Revenue, Earnings Per Share, and Operating Cash Flow. Prior to joining Xilinx, Mr. Flores served as Assistant Vice President of Financial Planning and Analysis at Cognizant Technology Solutions. He also spent ten years at Intel Corporation, serving in a variety of positions including Controller for the Intel architecture’s CPUs Group.

Mr. Flores holds bachelor’s degrees in Civil Engineering and Management Science from the Massachusetts Institute of Technology, and a Master of Business Administration from University of California, Los Angeles.

“We are thrilled that Lorenzo is joining us in this crucial leadership role at the beginning of Kioxia’s history,” said Stacy J. Smith, Executive Chairman of Toshiba Memory Holdings Corporation. “With Lorenzo’s excellent experience and knowledge of the semiconductor industry, he is a great addition to an already deep and experienced leadership team. There is no doubt he is the perfect person to help lead our company through its next phase of growth as Kioxia.”

“I am excited to take on this position and honored to join the team as it begins its exciting new journey as Kioxia,” said Mr. Flores. “Toshiba Memory has always been a leader in the memory industry, and Kioxia is well positioned to lead us into a new era of memory.” 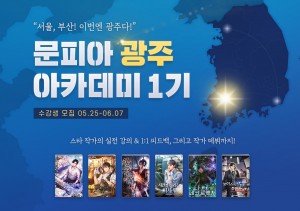