A Korean burger and chicken brand has ranked at the top of the domestic market where global giants are in heated competition.
Thigh Burger with chicken thigh patty and rich vegetables offers a unique taste through the method of ‘after order cook’.
It is now established in the U.S. market by using its know-how to dominate the Korean market, transplanting its success DNA to the global market.

Seoul--(뉴스와이어) 2022년 07월 18일 -- Hamburger, which is enjoyed by the global community, originated in the United States. Though it was initially developed in Germany, it has long been established as soul food for the American people. Naturally, most of the current global burger brands are headquartered in the United States. In this situation, an increasing number of non-U.S. burger brands are being exported back to the United States, drawing attention. A typical one among these brands is ‘Mom’s Touch’ based in Korea.

Mom’s Touch, a Korea-native burger and chicken brand, is fully expanding its franchise business into overseas markets by exporting its products back to the U.S. market.

Mom’s Touch achieved rapid growth as its ‘Thigh Burger’, with its excellent quality and cost-effectiveness, gained popularity among MZ generations. Amid heated competition with global brands, Mom’s Touch recently recorded the largest number of stores in Korea by enhancing its brand power through quality management, positioning itself as a successful model in the franchise business.

▶‘Thigh Burger’ captivates consumers in the U.S., the home of the burgers

Thigh Burger provides exquisite harmony between spicily seasoned moist whole chicken leg patty and a generous amount of fresh lettuce, onion, and sauce as topping. Having captivated the tastes of consumers, ranging from children to the middle-aged, Thigh Burger has established its position as a typical chicken burger in Korea as 390 million were sold since its launch in 2005.

Building an unrivaled position among a number of global giant brands, Mom’s Touch successfully advanced last year into the United States, the home of burgers and chicken.

With the conclusion of a master franchise contract with a local partner in the United States, Mom’s Touch opened its first store in Los Angeles in June 2021. Thanks to arranging the menu lineup in consideration of local cultures, such as customized orders and preferences of chicken cuts, Mom’s Touch raised 120,000 USD in July and 150,000 USD in August 2021 in revenue, recording approximately 120,000 USD a month on average in 2021.

Moreover, Mom’s Touch successfully stabilized its position in Los Angeles as its outlet was appraised as a must-visit restaurant by influential local media, such as the Los Angeles Times and Eater LA, by captivating the taste of consumers in the home of chickens and burgers where chicken burgers (chicken sandwiches) are well-established as a mega trend with differentiated tastes and services based on its unique know-how.

Building on the business experience of its first store, Mom’s Touch opened its second outlet, a drive-through, in Long Beach. The company strategically made this choice in consideration of the fact that sales at drive-through outlets represent around 70% of the entire sales in the U.S. fast-food industry. It plans to open a third outlet in the United States by the end of this year, and it aims to open 100 of them across the United States by 2025.

As of the first quarter of 2022, Mom’s Touch ranks No. 1 in Korea in the number of stores by managing a total of 1,354 franchise outlets. Based on its excellent product quality and operational capabilities, the native brand has an unrivaled position in the fast-food franchise market in Korea, where large enterprises and global brands are engaging in heated competition.

Specifically, Mom’s Touch outlets improve consumer satisfaction by adopting the ‘after order cook’ method by which all food is cooked after receiving orders. No matter when they order, customers can uniquely enjoy the crispy and moist taste of their orders as though they were cooked a moment ago.

Unlike other burgers using minced and frozen patties, Thigh Burgers use fresh and chilled boneless chicken thigh, obtaining high evaluations in taste and quality. Another growth factor of the brand is its overwhelming size, which provides visual pleasure along with added satiety by thickly topping fresh vegetables such as lettuce and tomato over chicken patty, successfully gaining loyalty from young men in their 10s and 20s, major customers of burgers.

Mom’s Touch reinforced its competitiveness by managing quality and hygiene through expansion of the food bank system, product innovation center the advancement of the M-QMS process that proactively manages quality and sanitation of products in all stages ranging from raw materials to sales.

Franchisees can enjoy the advantages of reducing their initial investment and fixed costs by setting up small and medium-sized stores with spaces of around 83~100 m2 along streets or alleys in major business areas, or strategic locations on the second floor of shopping complexes. In addition, Mom’s Touch offers a variety of outlet-owner-friendly policies, such as charging neither margins for the interior of stores nor franchise fees or training costs.

With the increase in demand for delivery services after the pandemic, the cost-effective business model of Mom’s Touch is drawing greater attention.

Having established an incomparable position amidst global giant brands, Mom’s Touch will make inroads into the ASEAN region this year, building on its successful entrance into the U.S. market, the home of burgers, last year.

To join the food service market in Thailand, Mom’s Touch recently concluded a master franchise contract with Mom’s Touch Thailand Co., Ltd., where the owner of RS Group, the largest entertainment company in Thailand, serves as one of its board members.

Using Thailand, where food and delivery services are rapidly growing, as a foothold for expanding into the ASEAN region, Mom’s Touch aims to enhance its global brand recognition with its differentiated chicken burger competitive edge that dominated the market in Korea.

Targeting the taste of Thai consumers who prefer chicken, Mom’s Touch will provide ‘Thigh Burger’, with its fried thick chicken thigh patty, as the main menu item, and will launch diverse localized menus suitable for local consumers, including burgers, chickens, and sides, in collaboration with the partner.

Mom’s Touch will open its first outlet in Thailand soon, based on the master franchise, to look into the responses of local consumers, and intends to open 6 stores by the end of this year while enhancing its influence and awareness in the local market by testing optimized menus and services. It is also actively discussing master franchise contracts with partners in a number of ASEAN and Middle East countries.

“With Thigh Burger, the king in Korea’s chicken burger market, which changes rapidly and is sensitive to trends, we rose to the top in the industry,” said a manager at Mom’s Touch. “We aim to demonstrate the potentiality of ‘K-Burger’ by transplanting our success DNA to other countries, including the United States, the home of burgers, based on our product power and franchise operation know-how.” 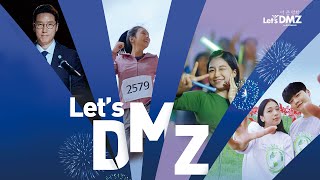 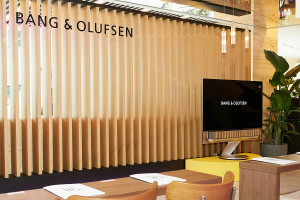