BETHESDA, Md.--(뉴스와이어) 2022년 09월 15일 -- Today, the European Parliament once again voted to recognize primary woody biomass as a renewable energy source. This is consistent with its prior classification under both the first Renewable Energy Directive (RED) and RED II. Enviva Inc. (NYSE: EVA), the world’s leading producer of sustainably sourced woody biomass, welcomes the designation as it marks a critical step in the right direction toward more low-carbon, drop-in alternatives to fossil fuels for power and heat generation, as part of an all-in renewables strategy to reduce carbon emissions and limit global dependence on fossil fuels.

Primary woody biomass is an essential renewable energy source for meeting the ambition sought by the EU Parliament to increase renewable energy to 45 percent by 2030, and for achieving the EU’s goal of carbon neutrality by 2050. In the words of Markus Pieper, the Member of Parliament leading on RED III, at the press conference held following the results of the plenary, “We do need wood-based biomass as a source of energy if we genuinely are to undertake this energy transition.”

The Parliament’s vote this week brings its position considerably closer to those of the Council and EU Commission by recognizing primary woody biomass as renewable, ensuring its continued zero-carbon rating in the EU Emissions Trading Scheme, and allowing its use to increase in volume.

“One thing is clear: wood-based biomass is a building block of the energy transition and, despite the vote of left-green Members of the European Parliament, can still be counted as renewable energy. The new directive will set the necessary framework to achieve the greatest possible CO2 reduction effect and not to ensure that our forests are burned in the future. I am counting on the member states to follow our proposals as the procedure progresses (“trilogue”),” continued Mr. Pieper in his statement.

The Council and EU Commission have continued their steadfast support for primary woody biomass and for its increased utilization to deliver climate change benefits and security of energy supply. Today’s vote serves as an initial negotiating position in the European Union’s process. After this vote, the EU Parliament, the Council of the EU, and the EU Commission will begin trilogue discussions, which are negotiations among the three parties, that are estimated to reach a final compromise on RED III in the first half of 2023.

“Heading into trilogues, the EU Parliament brought its position one step closer towards the mainstream views of the Council and the Commission, and away from the earlier minority position taken by the ENVI committee.

“While the process is foreign to those of us in the U.S., as an Austrian native, I can appreciate the complex nature of the EU legislative process, and that a compromise needs to be reached in trilogue negotiations to address the energy transition, security, and affordability crisis facing the EU. Today, biomass accounts for almost 60 percent of renewable energy in Europe.

“All serious pathways for achieving climate neutrality show that the use of bioenergy must and can be increased sustainably. The EU Commission’s own impact assessment for RED III outlines a need to increase bioenergy use from 2030 to 2050 by an average of 69 percent to provide vital grid balancing services, high temperature heat for industry, advanced biofuels, and negative emissions,” said Thomas Meth, President of Enviva.

“A failure to increase woody biomass use in the EU would mean failure in meeting climate goals, increased cost to EU consumers, and further disruption to security of energy supply on the brink of winter, when bioenergy makes up 25 percent of European heating supply and when incremental investments in more woody biomass infrastructure are desperately needed. At Enviva, we are encouraged by the progress made and are confident that a pragmatic and reasonable outcome will be reached,” concluded Meth.

Enviva Inc. (NYSE: EVA) is the world’s largest producer of industrial wood pellets, a renewable and sustainable energy source produced by aggregating a natural resource, wood fiber, and processing it into a transportable form, wood pellets. Enviva owns and operates ten plants with a combined production capacity of approximately 6.2 million metric tons per year in Virginia, North Carolina, South Carolina, Georgia, Florida, and Mississippi, and is constructing its 11th plant in Epes, Alabama. Enviva sells most of its wood pellets through long-term, take-or-pay off-take contracts with creditworthy customers in the United Kingdom, the European Union, and Japan, helping to accelerate the energy transition and to decarbonize hard-to-abate sectors like steel, cement, lime, chemicals, and aviation fuels. Enviva exports its wood pellets to global markets through its deep-water marine terminals at the Port of Chesapeake, Virginia, the Port of Wilmington, North Carolina, and the Port of Pascagoula, Mississippi, and from third-party deep-water marine terminals in Savannah, Georgia, Mobile, Alabama, and Panama City, Florida. 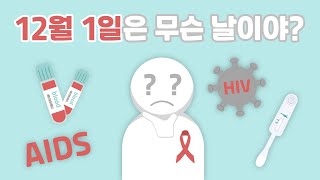 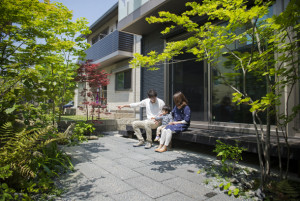